The 25-year-old was met by boyfriend Qin Kai, a fellow Olympic diver (man), who bent low on one knee by the podium before offering up a box containing an engagement ring. HE asked HER to marry HIM.
2nd event) As the crowds dispersed after Australia won the first women’s rugby sevens gold in Games history, Marjorie Enya (woman)  entered the pitch and asked Brazil player Isadora Cerullo (woman) to marry her. SHE asked HER to marry HER
“Love is in the air” you can think. “We hope they will be happy” is the general thought.
But this happiness has not been shared by feminists and BBC journalists. Well, at least not the heterosexual marriage proposal.
Feminists and social justice warriors (SJW) celebrated the second event because it was a same sex proposal. “It is normal and its pure love” in their minds. It is part of the feminist agenda, so, we have not seen any polemics here. Actually, if you disagree with, you be judged as a “homophobe” by feminists, SJW and GLBT militants.
Well, this is a lie and a kind of censorship mixed with political correctness. Being against gay marriage doesn’t make you a homophobe. There are gays and lesbians against gay marriage.
However, it was not the gay proposal that was target of attacks. The straight proposal was. Let’s focus on it.

The feminist slut (feminists call themselves sluts during the slut walk, so we are calling feminists sluts) London-based author Sunny Singh tweeted that the male proposal revealed a “sense of male entitlement”. She described it to the BBC as “a dick move, and definitely not romantic”. “It’s a control mechanism,” she said.

Ms Singh has not talked about the lesbian proposal.  Earlier Marjorie Enya entered the pitch after the first Women’s Rugby Sevens Final between Australia and New Zealand and asked Brazilian player Isadora Cerullo to marry her.

Ms Singh said,”it that was different, it did not involve hijacking a medal ceremony”. Very convenient and using double standards. We like to call it by the proper name : feminist being a feminist. 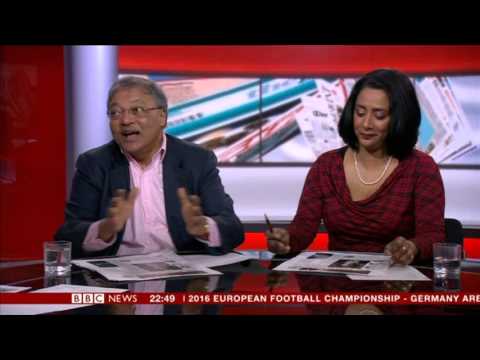 It is clear FEMINISM IS NOT ABOUT EQUALITY AND IT HAS NEVER BEEN.

The slut Sunny Singh is a typical feminist and, as such, thinks the feminist agenda is great:

Straight couples having kids is oppression. Gay and lesbian couples “having” kids is normal.

We could write few articles about this whole feminist nonsense……………..

Interestingly enough, these feminists are bitching about the world and playing the victim card. Normally, they are wealthy people and in the same time write/talk against wealth. Logic?

This problem is more severe in Europe. Years of feminist brainwashing have damaged commonsense. Men don’t want to get married, European women are aborting like going to the toilet.

Europeans don’t have kids and straight marriage has been demonized. The Canadian Eric Kaufmann has got some interesting studies which explain the correlation between low birth rate and the decline of Western Civilization.

Yes, there is a strong correlation between feminism propaganda that you can see during Rio 2016 Olympic Games and these facts.

We have read some articles on the BBC FB page (here, written by the BBC journalist Tom Spender), Telegraph and some blogs and the pattern is the same: Journalists are normally prostitutes paid to sell lies and feminist propaganda. Facts are not important anymore.

You can find some crazy facts in Europe that once was home of Sir Isaac Newton and Albert Einstein. Women are raped but the police does not nothing because can be accused of racism and so on.

We have to ask: What is happening with Europe, the base of  Western Civilization? Why these sad and unhappy women, unable to find a good partner are thinking? Why are they writing articles and being promoted by BBC journalists?

You can ask about He Zi. Will she marry him?

She said: “He (Qin) said a lot of things there at the podium. He made a lot of promises, but the thing that has touched me the most is that I think this is the guy I can trust for the rest of my life.”

At least, the love has won this time. The feminist slut Sunny Singh has lost this battle and must return into her dark cave full of angriness, sadness and antidepressants.